The "rise of the machines" may already be here, with new reports showing over 50% of activity on the interet is "non-human". 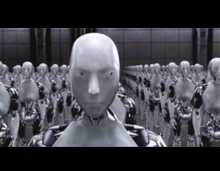 Imagine a world in which over half of the “human activity” isn’t conducted by actual humans. In this hypothetical world we’re going to assume that non-human activity is conducted by robots. Those robots can be benevolent or malicious, depending on the intent of their creators, which could be anybody with the right tool bench and a little bit of knowledge. Furthermore, some of these robots conduct business much faster and much better than we do, and like pre-antebellum slave owners, most of us are not even aware they’re doing it. This is the digital world that you and I live in, where our digital selves are blissfully dabbling in a virtual reality of which we have very little awareness and even less control.
How corporate culture is over-running our schools and why it's probably here to stay.

The recent alarming report out from the Council on Foreign Relations, The U.S. Education Reform and National Security report, was designed to be just that: alarming. Espoused throughout the report is language that sounds eerily similar to another alarmist document on the failure of American schools, 30 years old now, the Reagan era report, A Nation at Risk. In it, a task force chaired by former head of New York public Schools Joel Klein and former Secretary of State Condoleeza Rice (both friends of the current education reform movement), makes dire predictions about the future of our country and our ability to prosper, compete globally, or protect ourselves. It also makes recommendations that are taken right out of the reformist agenda that is already being implemented all over the country.
According to psychologist Jonathan Haidt, self-righteousness was an evolutionary boon, not just a present ideological annoyance. 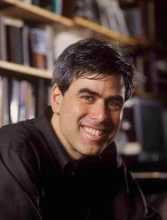 Self-righteousness guides modern politics, creating partisanship and gridlock when competing ideologies, both assured of their own righteousness, come into conflict. The political landscape in the U.S., exacerbated by a Presidential election, is a perfect illustration of this. Public approval, which has been measured as low as 8% of respondents, is actually a composite of these competing ideologies. The political right and left, both of whom consider the other to be “ruining the country” (or some equivalent piece of hyperbole), are part of that low rating. However, there’s also a more foundational moral in the country that politicians must be compromising and seek middle ground, and individuals frustrated with the congressional gridlock and polarization are equally unhappy.
Empirical evidence of a widespread social assumption.

“Power corrupts” is an idea as old as the Roman Empire, but seems to be very much in the forefront of our national narrative today. Considering the amount of public vitriol surrounding the nation’s income disparity and well-documented wealth gap in the midst of an economic slowdown, this idea has been playing out on the news and in the blogosphere for months. It’s the idea that the super-wealthy in this country have somehow exploited and cheated their way to the top, and that they continue to take advantage of their position to the detriment of the “middle class”. As researchers at the University of California at Berkley found, this is not just a social stereotype. Social class does correlate to a higher tendency for unethical behavior.

As reported on Wired.com, Paul Piff, one of the Berkeley researchers, explains the phenomenon this way:

Occupying privileged positions in society has this natural psychological effect of insulating you from others. You’re less likely to perceive the impact your behavior has on others. As a result, at least in this paper, you’re more likely to break the rules.

This is timely stuff, not only considering the social climate in the U.S. right now, but also considering the ideological divide between Democrats and Republicans in one of the nastier Presidential election years in recent memory. Does being wealthy truly establish one as being simply smart and hard working? Is financial and social success a virtue? Or should we redistribute wealth as a way of controlling the economically powerful elite? Is “greed good”, Gordon Gecko famously decreed in the first Wall Street movie, or is the accumulation of wealth the “evil of man”?

The Berkeley researchers conducted a number of experiments to answer these questions, starting with monitoring a four-way intersection. Using a reliable indicator of socio-economic status (people’s make and model of automobile), they tabulated the number of times people of various social classes cut off other vehicles or pedestrians. The higher the socio-economic class, the ruder the behavior of the driver. They then surveyed 105 Berkeley students according to their Socio-economic status, asking them a number of ethical questions. Again, the results showed higher degrees of unethical behavior from students of higher socio-economic class.

One study in particular seemed to clearly illustrate the lax ethics within the higher social strata. Hiring 108 individuals from Amazon’s Mechanical Turn labor service of various socio-economic statuses, the researchers asked each person to imagine they were the manager of a company. They were given a hypothetical applicant who wanted greater job security and was willing to take lower pay. What the applicant did not know, which was the focus of the experiment, was that the job was only a 6-month contract and the “pretend” manager would be given a bonus for negotiating a low salary. The higher the real socio-economic status of the manager, the more likely they were to lie to the applicant and negotiate an unreasonably low salary.