The Human Psychology of Conflict and Politics

The Human Psychology of Conflict and Politics

A new publication highlights recent findings in the field of psychology and conflict, with interesting implications for our political landscape. 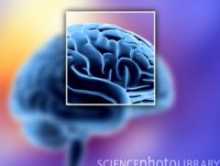 Previously, I’ve written about the inherent connection in our minds between disgust and morality; that one area of the brain seems to be linked to the other and the two psychological reactions are often one in the same. However, this connection alone won’t go far in explaining the workings of human physiology and sociology as they pertain to conflict. Conflict, which is unarguably a central theme in human history, is simultaneously our greatest motivator and our greatest inhibitor. Understanding how humans engage in, and respond to conflict, may create a better understanding of how we can harness conflict to motivate, and prevent conflict from inhibiting.

Wired expounds on this idea from an upcoming issue of Philosphical Transactions of the Royal Society B, which will feature a number of findings on the biology of conflict. Of those, several are important to the political and social present.

One of the findings, on the fundamental difference between the right and left brain, is particularly timely given the present political landscape. According to the research, liberals and conservatives fundamentally differ in the way that they respond to threatening images. The study took individuals that identified right or left, and showed them pictures of unfavorable and favorable politicians. In each case, conservatives reacted more strongly negative to unfavorable figures, than they reacted positively to favorable candidates. Likewise, liberals tended to react more strongly positive to favorable politicians than they reacted negatively to unfavorable ones. Michael Dodd of the University of Nebraska, who headed the research, says, “those on the political right and those on the political left may simply experience the world differently,” a basic calibration of whether we are more sensitive to negative or positive stimuli.

In addition, when we look at the prevalence of special interest groups, or more particularly, movements like the Tea Party and Occupy Wall Street, we can also see the power of “group-think”. However, P. Read Montague of Virginia Tech’s Carilian Research Institute says that, "Individuals express diminished cognitive capacity in small groups.” Although researchers expect that social pressures play a role, they’re not actually sure why people tend to lose some cognitive function within a social group setting. In addition, this opens the door to greater group-think, and the increased liklihood of social contagion; the kind of bizarre mob mentality that can induce perfectly respectable individuals to burn squad cars and loot stores.

Finally, the researchers explored the concept of “the aisle”, or the entrenched thinking of political ideologies. Studying the 2008 election through the lens of a sample of voters’ (both Republican and Democrat) brain activity, they found that as the election neared there were spikes in the emotion and social cognition centers of the brain. However, as those areas began to light up, the areas associated with rational and logical thought became increasingly quiet. It seems that the social cognition area of our brain (which may be connected to the earlier finding about mob mentality), seems to be more closely linked to our emotional selves than our rational selves. The result is that as people become more certain of their “rightness”, logical appeals become less effective than emotional ones. There seems to be an inherent understanding of this principle, as campaign ads and television personalities can attest to.

For the rest of the findings and some really good reading, Wired.com provides all of the highlights from the issue.


The Country Has Been Consistently Divided Since The 1970's